Unsure whether your current city is the best place for your IT career? Considering relocating to greener pastures but not sure where to go? This list of Top UK cities for IT is a rundown of the ten best cities to live and work in for IT professionals in 2019.

This top 10 looks at availability of roles, average pay, average cost of living and other tech-related factors you should bear in mind. It’s based on the information provided in CompTIA’s UK Tech Town Index 2019.

So without any further delay, here are the 10 best towns/cities for IT professionals in 2019.

The Berkshire town of Reading ranks 10th in the list of top UK cities for IT in 2019. Just 40 miles west of London, Reading has a population of around 230,000, making it England’s largest town, as it isn’t technically a city.

It’s home to the offices of a number of large, multi-national tech companies such as Cisco Systems, Oracle and Microsoft, making it a tech hub in its own right, rather than just a London commuter town. There were 9,574 IT job postings in the town between August 2018 and July 2019. As well as this, it is estimated that 300 brand new roles will be created within the next year.

Reading’s tech business turnover was £13.6bn in 2017 and EY forecast that the town will see more economic growth than anywhere else in the UK until 2021.

Cost of living here is 43% higher than the national average currently. However IT professionals can expect to earn £17,140 more per year than the average UK wage (£29,720). The median salary for an IT professional in Reading is £46,860.

Want to get more from your own career in IT? Download our free 19-page eBook ‘How To Turbocharge Your IT Career’ here.

This once market town is transforming into a tech hot-spot in its own right. Around 7,000 businesses call Basingstoke home, including the likes of Sony, Barclays, and Fortune 500 solutions-provider Tech Data. As well as this, there is a thriving start-up culture which has resulted in a higher rate of success for new ventures in the area.

The largest employers of IT professionals in Basingstoke include Virgin Media, Fujitsu Limited and Barclays and between August 2018 and July 2019, there were 3,542 IT jobs posted in the town. There is an estimated 0% growth over the coming year with the number of IT jobs expected to stay more or less the same.

The median wage for IT professionals here is £46,598. However, the cost of living is 36% higher than the national average, which is a point worth considering for anybody planning on relocating here.

Bath is known for the rich history that can be found throughout the city, including its Roman baths and iconic Georgian architecture. However, it is an ever-growing hub for IT roles. Situated only 11-miles south-east of Bristol, Bath had 2,436 IT job postings between August 2018 and July 2019.

Some of the biggest employers of IT staff in the city are University of Bath, NHS, Rotork PLC, and GCI group limited. On the whole, Bath has above-average levels of employment in creative, digital and IT roles.

The cost of living is 42% higher than the national average, however, IT professionals can expect to earn a median wage of £41,191 here. There is a 1% expected growth in IT jobs in the next year, with over 160 new roles opening. 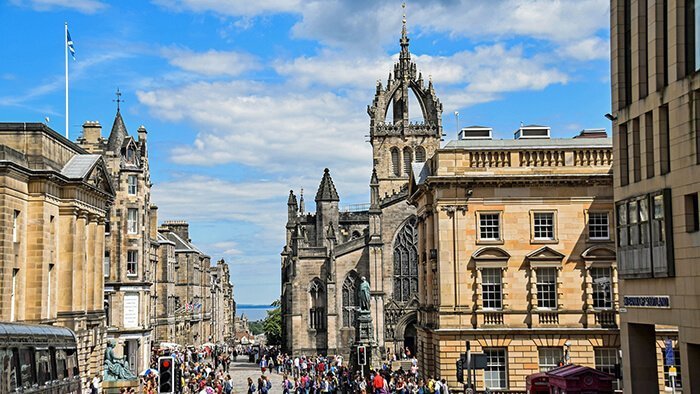 The Scottish capital of Edinburgh is home to six universities, making it a hub for talented students, from both the UK and the rest of the world. 31,000 students from 130 countries attend the University of Edinburgh, which is the largest employer of IT professionals in the city. Accompanying it is The Royal Bank Of Scotland, NHS and Amazon, who also feature on the list of top IT employers.

The median wage for IT professionals in Edinburgh is £42,698. However, it should be noted that the cost of living is 14% higher than the national average, making it the least affordable city in Scotland. According to BBC reports, rent in the city rose 42% in just 8 years.

With that said, there is plenty of opportunity for IT professionals in the city, which is why it has been included as one of the top UK cities for IT this year. Edinburgh saw a  a threefold growth in digital jobs between 2014 and 2017 compared to the national average. 12,411 IT jobs were posted in the city between August 2018 and July 2017,  with this looking set to rise by 0.8% in the coming year.

Edinburgh has the highest rate of gender representation in tech roles with women making up 20% of the IT professionals in the city. While this may seem low, it’s 3% higher than the national average which currently sits at 17%.

Cambridge is home to a UK equivalent of Silicon Valley, known as Silicon Fen. And it’s fast becoming the place to be for innovative, aspiring IT professionals. The University of Cambridge reports the city is currently Europe’s largest tech cluster. Its 1,500 tech-based firms employ 57,000 professionals and generate a combined £13bn in annual revenue.

The average IT professional earns £15,335 more (than the average UK wage) per year in Cambridge, with a median salary of £45,055. However, the cost of living in the city is also 28% higher than the national average. The cost of private rents in Cambridge is among the highest in the country and the average house price is £294,375. So while there is plenty of career scope for IT professionals, it’s worth being aware of the day-to-day financial costs that come with living here.

I’m sure it will be no surprise to see London on this list of Top UK cities for IT professionals in 2019. After all, London is one of the most technologically-advanced cities in the world. However you may be surprised to see it so low on the list.

London is home to more IT opportunities than any other city in the UK and has the most diverse range of employer types. From start-ups to household names, there is a plethora of opportunities  for IT professionals in the English capital. In fact, 168,371 IT jobs were posted between August 2018 and July 2019 – a number which is likely to rise by 1.3% in the next year.

But there are some downsides to working as an IT professional in London. Firstly, it’s expensive. Very expensive. The cost of living in London is 103% higher than the national average. So, while the median salary of an IT professional is £52,252, you will have to part with more of your wages just to get by on a day-to-day basis.

The second cause for concern affecting the IT sector in London is Brexit. The uncertainty surrounding the UK leaving the European Union has resulted in companies relocating to mainland Europe, and we may well see more follow suit in the future. 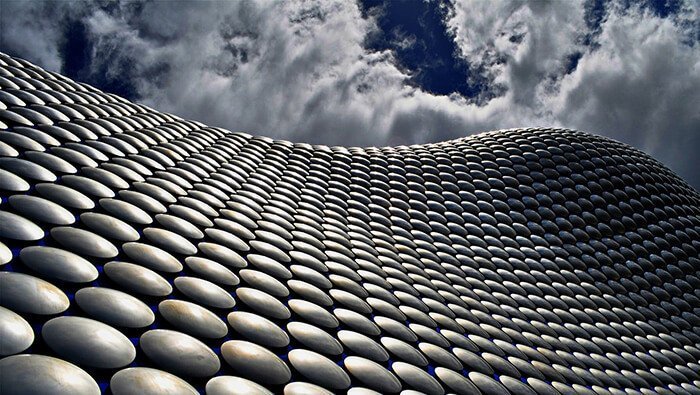 Birmingham is England’s second city and, as such, is a bustling hub for UK business. Currently, the NHS, SCC Ltd, Serco Group and University of Birmingham are its top employers of IT professionals.

The median salary for IT professionals is relatively low at £40,913. However, the slightly lower pay is offset by the low cost-of-living in the city. The cost of living in Birmingham is actually 20% lower than the national average, making it a very affordable place to live.

It has had the highest number of new start-ups outside of London five years in a row. As well as this, in 2018, the city saw an 11% rise in software development and programming businesses. This is demonstrative of a city that has a growing tech sector with no intention of stopping.

This year, the city was home to a month-long Diversity in Digital Festival, which aims to close diversity gaps in the sector. The topic for 2019 was centred around women in tech.

Located in the north of England, Leeds is a rapidly growing powerhouse for the UK tech sector. Between 2011 and 2016, the city saw a 138% growth in new digital businesses.

Like Birmingham, Leeds has a low cost of living. It is around 20% lower than the national average. However, IT professionals in Leeds earn a median salary £40,846 – £11,266 more than the UK average wage. And there are plenty of career opportunities here too.

Between July 2018 and August 2019, 10,943 IT roles were posted in the city. The top 3 employers of IT professionals are NHS, University of Leeds and Cortland. It’s expected that the number of IT roles will rise by 1.3% in the next 12 months – equating to around 270 new jobs.

As well as all of this, Leeds is home to the Leeds Digital Festival. It attracts 20,000 attendees annually and is the largest event of its type in the north of England.

Bristol is fast becoming a hot-spot for IT professionals in the south of England. It’s the home of Bristol Robotics Laboratory, who are a leading voice in the UK for AI research. As well as this, the city has attracted companies such as Oracle, Amazon and Sony, who have all set up offices in the city.

There were 13,626 IT jobs listed between August 2018 and July 2019. And the main employers of IT professionals in Bristol are University of Bristol, NHS and MBDA. The number of IT roles in the city is expected to grow by 1.5% over the next year with 220 new jobs being added.

It should be noted that the cost of living in Bristol is 19% higher than the national average. However, IT professionals earn a median salary that is £11,496 higher that the average UK wage – sitting at £41,216.

Topping the list of top UK cities for IT in 2019 is Manchester. Its position at the head of this list can be accredited to two key factors: high opportunity combined with low cost of living.

As it currently stands, the cost of living in Manchester is 25% lower than the national average. However, this may change in the future. The Guardian reports that there are 80,000 new residents expected to move to Manchester by 2024, which may well bump living costs up in the city.

However, potential future issues aside, the median salary of an IT professional in Manchester is currently £41,152 – which is £11,432 higher than the UK average wage for all occupations. So if you’ve been considering relocating to further your IT career – Manchester may be the place to go!

Want To Get Ahead In Your IT Career?

Joseph is the marketing executive here at Blues Point. Graduating from the University of Derby in 2017 with a 2:1 in Professional Writing with Creative Writing, Joseph has worked in a marketing capacity ever since.