[VIDEO] How To Set Realistic Salary Expectations When Looking For Work

In this video, Steph looks at how job seekers can most effectively position themselves on salary.

She discusses if and when you should ask for more money, as well as considering when it may be better to take a strategic sideways step to improve your career prospects.

Hi there, my name’s Steph Lunn and I’m from Blues Point IT Recruitment.

So today I want to talk about salary.

One of the things I get asked most often by the candidates I speak to in our business is “how should I position myself on salary?”

Sometimes there’s a good reason to have more of a strategic move sideways and accept the same salary, or even accept a little bit less. But it’s useful just to think about these things before you embark on your search and just to make sure, most of all, that you don’t miss out on the right role just because of salary expectations.

So i’m just going to talk through three points. These are the things I would consider if I were changing jobs and these are things I encourage people to consider for themselves.

So the first thing is to consider very honestly the reasons why you’re moving on.

If it’s purely salary, and there’s nothing else, then you should consider staying where you are and asking for a pay rise.

Now, you’ll need to have a good case for that, obviously. It would need to be the case that perhaps you feel underpaid, perhaps you’ve taken on more responsibility and haven’t been rewarded for it.

Perhaps you’ve been told repeatedly that a pay rise is in the pipeline.

But make your employer away before you start taking time off work, going out into the market to see what else is out there, and so on.

It’s worth at least trying to have that conversation.

Now the second point is very important: to consider what the role you’re applying to is actually offering.

If you’re on £24,000 and you’re marketing yourself at £30,000 a year, that could immediately put the employer off because that’s quite a big salary increase. You’d need to be able to justify that really well.

Effectively, if you’ve got a job specification which has got a lot of skills listed on it, if you’re looking for the top salary on offer, you really do need to have most or all of the skills on that piece of paper.

And if you don’t, there’s a chance you won’t even get your foot in the door for an interview.

So have a think about that as well.

And remember, there’s going to be other candidates who might be a little bit cheaper than you, if that makes sense.

The third point is most important. To see the big picture.

Even if they say in the first instance that they’re upset about salary, usually there’s a bit more to it than that.

So it could be that they feel undervalued, they haven’t got a good work life balance, they feel like there’s a lack of progression, they’re not learning anything new.

It could even be that they’ve got a horrible commute, or something like that.

In the bigger picture, a lot of the things that are making unhappy in work could be improved very easily. And it might not be all about money. It might be about achieving a better work life balance, flexible hours, working from home, having a shorter commute, have a better overall package, having good benefits, that kind of thing.

And having a better employer.

So actually have a clear career path and a salary that gets reviewed regularly, so you know you’ve always got that chance of progressing and you’re always going to have support from your employer when it comes to progressing as well.

Ultimately, what we want for you is to get your foot in the door for an interview, we’ll make recommendations, in terms of salary, to you, based on that.

If your gut feeling is that it’s the right role for you, you might need to be prepared to be a little bit flexible on salary, just to make sure you are the successful candidate.

So for more information on the topic of salaries, we’ve got a useful blog article, whose link is below me just now, I think.

So thank you very much for listening. 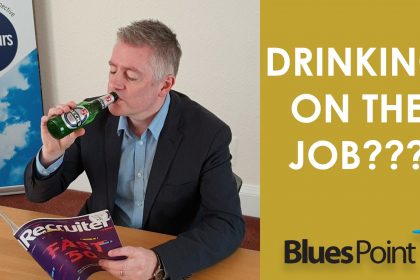 IT Careers Videos | IT Recruitment Videos 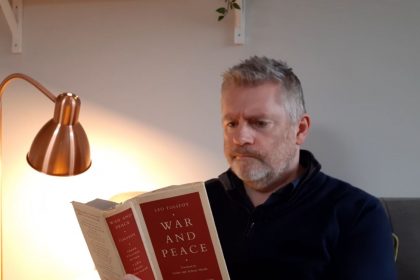